It was a show with a difference when several winter vegetables including new varieties grown in the State were put on display at a three-day vegetable show here recently.

Organised by the Department of Agriculture, Mohanpur at the Nripen Bhavan in the outskirts of Agartala, the first vegetable show-cum-competition was a runaway success.

The event drew about 160 farmers to participate in workshop, where they were trained about the various scientific techniques through which a better production of vegetables is possible. Besides, they were informed how application of such methods could result in a high yield and more profit. 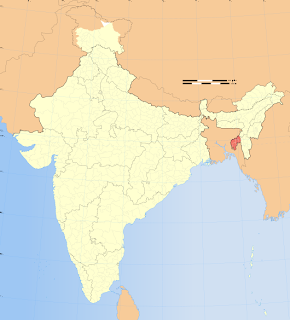 “In Tripura, initially, farmers use to grow only paddy but of late government has encouraged us to grow vegetable in modern method, moreover, irrigation facility has also been introduced and so farmers are gradually getting into vegetable farming. Earlier, in Tripura vegetable use to come from outside state and Shillong but now we are moving towards self-sufficiency in vegetable production,” said Krishna Kumar Baishya, another vegetable farmer.

Besides, details on horticulture, hybrid vegetable cultivation, vermin compost, organic culture and cultivation of ID crops through different systems. Moreover, the show also provided information to learn about method to get a better harvest but also on post-harvest handling and marketing standards of high quality vegetables by using latest technology.

The show was organised in a rural area to facilitate maximum number of farmers to enable them to understand the advantage of adopting modern farming methods.

Visitors were pleasantly surprised to find a wide variety of vegetables that used to be brought to the State from outside presently being grown in this hilly state.

Having generated considerable interest, the show lived up to the expectations of all sections of the society.

“Farmers have been encouraged by the vegetable show and thus they will get involved more in vegetable cultivation. Moreover, a good number of educated unemployed youths will also be encouraged to take vegetable cultivation as a source of income. During the training there was discussion on varied things like pest and diseases control or how we can get better yield etc. We could gather knowledge on different thing and this will help us in many ways,” said Pinaki Pratim Roy, one of the participating vegetable farmer.

Organizers said that during such show the general public is able to see vegetables of the highest quality and freshness. Moreover, the diversity of vegetables on display motivate people to buy or grow vegetables that they have not been familiar before.

“We have got climatic conditions which suit cultivating vegetables very well rather than going for paddy. Moreover they (farmers) can get a better return by cultivating vegetables. So, in that way we encourage the farmers specially in winter to go for vegetables,” said Gourab Saha of Agriculture Department in Tripura government, Agartala.

Organizers said that such show would not only encourage farmers to grow new variety of vegetables and economically benefit themselves but also make the state surplus in vegetable production.