MEXICO CITY -(Dow Jones)- Mexico’s microfinance industry is undergoing a major shake-up as the global financial crisis spurs banks that had dabbled in the sector in recent years to pull out altogether, at the same time making funding scarce for specialized lenders. 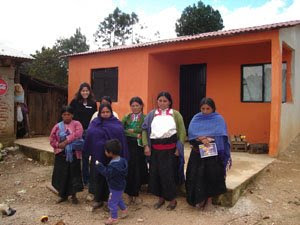 Mexico’s fifth-biggest bank Grupo Financiero Banorte SAB (GFNORTE.MX) is shutting its microfinance arm Creditos Pronegocio, which it launched in 2005, after its losses widened to 120 million pesos ($8.4 million) last year from MXN30 million in 2007.

“Pronegocio has been in liquidation since last year,” said Alejandro Valenzuela, the bank’s chief executive, in an interview. “We feel that right now it is a major distraction from the big challenges we face.”

HSBC Holdings PLC (HBC), which owns Mexico’s fourth-largest bank, sold its 18.7% stake in consumer loan and microfinance institution Financiera Independencia SAB (FINDEP.MX) to the company’s controlling shareholders for about $145 million last November, in order to focus on its banking business.

Microfinance, or the provision of small-scale financial services such as tiny loans, savings accounts and insurance policies, has gained popularity worldwide in recent years as a way to combat poverty.

Banamex, the Mexican arm of Citigroup Inc. (C), put the total number of potential microcredit clients in Mexico at around 18 million, of which only 11% are currently served by a microfinance company.

Microfinance has proven to be an extremely lucrative business thanks to the high margins on these types of loans, which in the case of Mexico’s biggest microfinance institution, Banco Compartamos SA (COMPART.MX), averaged MXN4,960 last year.

Compartamos, which had 1.16 million clients and MXN5.73 billion in loans at the end of December, saw its net profit rise nearly 28% to MXN1.12 billion in 2008, giving the bank a return on average equity of 44%, compared with an average for Mexico’s banking sector of 12.5%.

Independencia reported a return-on-equity of 31.5% on net profit of MXN549.2 million.

“It really depends on an individual institution’s ability to find funding in this environment, and some like Compartamos have been able to, but most I think have had a bit of a problem doing so,” Danel said.

Lenders of all stripes face a challenging year in 2009, with Mexico expected to follow the U.S. into a recession.

Even so, executives at Compartamos and Independencia are optimistic they can grow during a recession as rising unemployment forces many people who once worked in the formal sector of the economy to open small businesses in the shadow economy to make ends meet.

Noel Gonzalez, Indepedencia’s chief executive, said last month that the company expects net income to grow this year between 10% and 15%, with loan growth of 20% and return-on-equity above 40%.

“Microfinance, and above all the market we are serving, is relatively resistant in this environment,” Danel said in an interview last month.

“Micro businessmen are self-employed and don’t lose their jobs…they aren’t in luxury businesses that are discretionary, rather their activities are very basic and very defensive,” he said.

The Association of Mexican Banks has forecast far lower growth this year, with bank lending expected to expand between 6.5% and 8%.

Compartamos’ O shares, which closed at MXN30.85 Monday, have risen 23% so far this year, outperforming the 9% drop in the benchmark IPC stock index. Independencia’s local shares rose 1.5% to close at MXN4.87, bringing their year to date loss to 30%.

“We have identified Compartamos as the best investment option to capture the enormous potential of Mexico’s unbanked population,” analyst Alan Macias said in a report.