When the world is talking about slowdown and recession the microfinance sector is seeing continuous growth. It has touched the billion dollar mark and many young entrepreneurs are entering the business with an ambition to start a microfinance institution (MFI).

It is estimated that there are over 1,000 MFIs operational in India currently, which have disbursed only 10% of the potential demand of over $50 billion. Due to a large section of Indians living below the poverty line, this demand for credit for the poor is expected to surge. A report by Hyderabad-based Intellecap states that Indian MFIs are expected to build a portfolio of $6.27 billion by 2012 by catering to over 48.7 million borrowers. 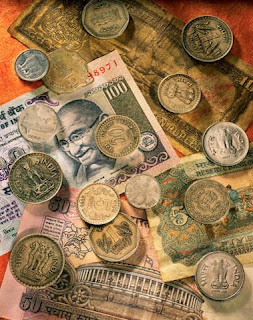 So is this a good time to start an MFI? “The situation may not be as simple as before but the field is certainly growing. Anyone entering the sector should arrange alternate source of funds now,” says Arjun Muralidharan, CEO, ASA-GV. This MFI has not limited itself to micro-credit and has thus disbursed well over Rs 700 crore, offering a combination of financial products aimed at the economic empowerment of poor women. ASA-GV is now in the process of developing a comprehensive social security scheme for its members, where they would be offered the benefit of life as well as accident insurance and old-age annuity similar to pension offered in the organised sector.

Intellecash, a sister concern of Intellecap, was started last year to help launch MFI businesses from scratch and also guide existing MFIs work better. “We work with a company for a period of three years starting from incorporation. During this we help the entrepreneur in selecting the geography to operate, conducting field studies, putting together a branch network, appointing staff, training them and scaling up operations,” says Ulhas Deshpande, CEO, Intellecash, which has helped launch five MFIs till date.

Deshpande, who worked as the chief financial officer of Mumbai-based BPO firm Adventity before taking on his current assignment, says a large number of professionals are getting drawn to the MFI business because of its social relevance. “The other advantage of starting an MFI is that it’s not prone to the slowdown as India’s rural and agrarian economies have not been much affected. The problem rests on the supply side as raising finances can become difficult in the current scenario,” he says. As per RBI norms the minimum capital to be raised for startups in case they are operating as a Section 25 company or a not-for-profit company, must not be lower than Rs 25 lakh (starting a NBFC requires Rs 2 crore).

Vishal Mehta, MD, Lok Capital says, “If a new entrant can manage the supply side there’s tremendous potential in microfinance. However, new players should not only focus on the usual Rs 8,000 loan, but think of something creative to cater to the market.” Lok Capital was started eight years ago with the support of a grant from the Rockefeller Foundation. It is now mainly into mobilising support for assisting microfinance in India and providing financial as well as non-financial support to micro lenders.