New Delhi, December 15 (Agencies): A traditional society, depending on traditional industry is finally moving out of a fixed, traditional mould. Young entrepreneurs in the north eastern states of Nagaland, Manipur and Mizoram are keen that their states progress economically, and without any government handouts. And they are doing this through their own entrepreneurial initiative in small ways.

“There is little entrepreneurial activity here but there is potential to develop it based on the natural resources available locally. For instance, medicinal plants that grow here can be made into products. We have started a bamboo processing unit for incense sticks makers,” says Joseph Lalngaihawma Ralte, managing director, Malsom Bamboo and co-founder of the Mizo Entrepreneur Network (MEN). Ralte and MEN’s co-founder Daniel Hauhnar, who runs Zokrafts Bamboo, do similar work: they process the abundantly growing bamboo in these regions into sticks, which are sent to Bangalore for making incense sticks. 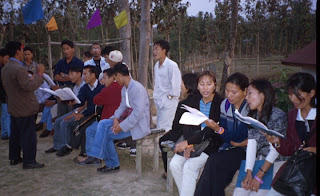 Sending semi-processed goods from the north-eastern part of the country to the industrially better developed regions across India is not restricted to incense sticks. Anthurium flowers grown in Mizoram are exported, again via Bangalore. Another traditional activity common across the region is handloom weaving. But it needs to grow and create a market outside the local ones, says Zohmangaiha, chairman of the Mizoram Apex Handloom and Handicraft Cooperative Society (MAHCO).

“We need to expand outside the local market because there is stagnation here. We want to encourage all women to take it up, create a surplus and then sell to the rest of the country. Right now, production is too much for the local market but not enough to serve markets outside the state,” Zohmangaiha adds. There are an estimated 1,000 handloom weaving units in Mizoram. The largest unit has 50 looms, with one unit on average manufacturing 15 metres of fabric a day. While the scale of operations is a critical issue, finance is even more crucial. Zohmangaiha’s wife, Ralmani, has a unit, the Zonunsang Handloom and Handicraft Centre in the heart of Aizawl, Mizoram.

The unit borrowed Rs 4.5 lakh in 1986 but is yet to repay it. “It is this non-repayment of loans that affects others. Banks don’t want to lend to entrepreneurs,” maintain Ralte and Hauhnar of MEN, who would like to build a culture of repayment of bank dues among borrowers. That is something Entrepreneurs Associates (EA), a microfinance unit in Kohima, Nagaland, set up by Neichute Doulo has begun to do—ensuring that the small entrepreneur repays his loan so that they can lend again to others. This is a culture that needs developing, Doulo too maintains. Theja Meru, an entrepreneur in Kohima whose Dream Cafe is a popular coffee bar in the central market, is now setting up a heritage hotel at the place where the British Indian army held back advancing Japanese troops during World War II.

“We have turned the DC’s Bungalow, a heritage property, into a heritage hotel, using the space for public events,” Meru says. “I see myself as a social entrepreneur because I believe that through my business I will be able to improve the lives of the unemployed young people here. If I am able to hold two events a week, the person in charge of the sound system or the lights will be able to earn Rs 10,000-15,000 a month. At the lowest level, this could mean a monthly income of Rs 3,000-5,000. And even more if there is a concert.” 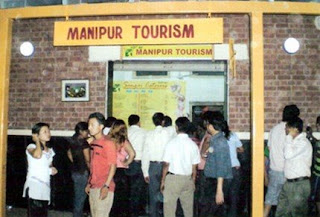 The recurring theme that came across in conversations with nearly everyone in this region—young or old—is that government jobs are no longer as easily available as before. Till just a few years ago, they were the only option. Now, as more youngsters travel for education to major cities like Delhi, Pune and Bangalore, they come back and want to start something of their own. Many of them hope to become wedding planners, event managers and dress designers. These young entrepreneurs also believe that mainstreaming the unemployed youth will wean them away from the insurgency, which is seen by many as a route to easy money through extortion.
While literacy levels are high across the region, officials say this is in the local language.

They must be able to get on with the rest of India for which they need skilling in English and Hindi, experts maintain. One such experiment will be unveiled in Mizoram soon. Explaining the initiative, Mizoram Governor Lt Gen (Retd) MM Lakhera says, “We decided to concentrate on younger people since the older generation is set in its ways. Once a new government is in place, it will bring in a golden handshake for scores of university level teachers. We want young trained locals to be able to teach English and Hindi as well.”

Stressing that education is the best way to bring youth into the mainstream, he said the Mizoram University will soon be adding two engineering colleges this year and another two next year. The Education Commissioner of the Government of Manipur, Shambhu Singh says the Indira Gandhi Tribal University will soon come up at Imphal. “We want to promote technical education here so we plan to have an ITI for every one of the districts in Manipur,” he says.

The central government’s subsidy and substantial fund allocation in the region led to the creation of self help groups (SHGs) and non governmental organisations (NGOs). While some are actually working, there is widespread scepticism over the role of some of these institutions. Others, like Kohima-based Youthnet, are trying to ensure that young Naga students who go out of the state for higher education, come back for something worthwhile and contribute to the region’s economy.

Says Hekhani Jekhalu, one of the founders of this two-year-old NGO, “We have focused on the Right to Information (RTI) Act, so that people get to know what they should be getting in the areas of healthcare, education, power and roads. We began the process by holding awareness camps across all 11 districts of the state. We are also working with the CII’s Young Indians (YI) setting up the first North East chapter of YI here,” she says.