MUMBAI: In the wake of the world’s worst financial tsunami, micro finance seems to be the new buzz in the mutual fund industry in India. Industry players find it a new way to enhance reach of the industry, which is still in its nascent stage as compared to developed countries. Bruised by the market recession, fund houses which plan to tap the huge untapped market lying with smaller towns and villages, are now offering different schemes available with minimum investment ranging from Rs 10 – Rs.300 per day. 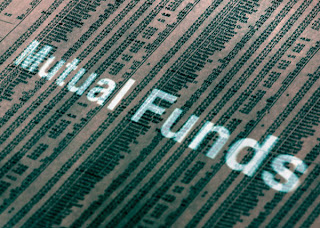 Schemes with micro finance are basically meant for low-income households in rural and semi-urban areas. To reach their target audience, fund houses are also taking help of intermediaries like self-help groups or NGOs or micro credit institutions. SBIMF and UTIMF both have tied up with such organisations.

In the last two quarters, fund houses have made micro financing available in their different debt and equity schemes. Bharti AXA Investment Managers were the first one to introduce daily SIP with its Bharti AXA Equity Fund last September with a minimum investment of Rs.300.

On similar lines, UTI Asset Management Company too has introduced micro finance through its UTI-Retirement Benefit Pension Fund with a minimum investment of Rs.50 per month.

Said Dhirendra Kumar, head – Value Research, “micro financing will not be commercially viable for the fund houses initially. However, two-three years down the line, it will add new dimension to the industry. It helps grow habit of huge savings among investors while enhancing the reach of the industry immensely.”

According to Garg, micro financing is a great tool to seize opportunity for MF investment across the nation. His fund house plans to promote the concept through new schemes with the pace of its success.

Commented Uma Shashikant, head – Centre for Investment Education and Learning, “No doubt, this is a good move by fund houses. But its operational feasibility remains to be seen. A fund houses has to have enough financial strength to bear operational expenditure in managing huge number of investors with very low ticket size. The corpus raised from low-income groups will not be sizable enough initially.”