It has been a year of setbacks for peer-to-peer lenders such as Prosper, Lending Club, and Zopa, which use the Web to connect those who need a loan with individuals willing to act as lenders. Once positioned to become an alternative financing spigot for entrepreneurs, the nascent industry has been hit by regulatory issues, a slow economy, and a slew of defaults. 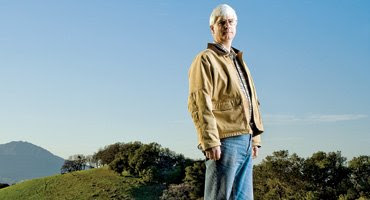 Bequette, once Prosper’s biggest lender, figures his return rate is -22%

The biggest player, Prosper, stopped making new loans in October. It will resume after it completes its registration with the Securities & Exchange Commission. That has left the field to smaller rivals such as Lending Club, which completed its filing last fall. Zopa, a British company, pulled out of the U.S. market in November after deciding that its business model, which relied on credit unions, simply wasn’t attractive. As Prosper prepares to reopen this spring, one question looms: Can the industry attract enough lenders to be a viable source of funding for entrepreneurs?

The uncertainty is quite a turnaround from the initial hype surrounding peer-to-peer lending. Much of the early attention was on the sites’ social networking aspects. Borrowers seeking loans of up to $25,000 could post profiles of themselves and their financial situations. Lenders, meanwhile, were ordinary people seeking better returns than those offered by other investments and supposedly could be swayed by personal appeals. Prosper set interest rates using auctions, while Lending Club bases rates on a borrower’s financials.

Now lenders such as Greg Bequette of Livermore, Calif., are backing away. Two years ago, Bequette, who works in finance at Lawrence Livermore National Laboratory, had lent $800,000 to 173 borrowers through Prosper. Because of high defaults, he figures his return rate is -22%. So he isn’t planning to make new loans. “I don’t think peer-to-peer lending will take off the way people thought,” says Bequette, who was once the site’s biggest lender. Lender Dennis Rogers, a machinist from Mystic, Conn., has made $1,000 available to about 20 borrowers since 2006 and so far has dealt with one default and two late payers. He says the economy now makes the whole proposition too risky. “I could lend to A+ [credit-rated] people, and they could lose their job,” he says. “I probably have a better chance of getting my money back at a casino.”

THEY GO BAD FAST
The charge-off rates, or the percentage of loans written off as uncollectible, for loans made through the sites suggest that Bequette and Rogers are not isolated examples. Prosper, which launched in 2006, has facilitated $178 million in loans, of which 16.5% have been charged off because they’re more than 120 days past due. For loans made before 2008, the charge-off rate is over 20%. By comparison, the charge-off rate for commercial and industrial loans made by banks was just 1.6% in the fourth quarter of 2008. The rate for personal loans (including auto and student loans) was 2.8%, according to the Federal Deposit Insurance Corp.’s most recent data. Credit-card charge-offs were at 6.2%. A spokesperson for Prosper declined to comment, saying the company is in a quiet period relating to its SEC filing.

Many Prosper loans have gone bad relatively quickly, before lenders have collected many payments. Eric Petroelje, a Prosper lender who uses a feed from Prosper’s database to track loan performance, says about half of all loans that have gone bad did so within eight months.

The figures are less bleak for Lending Club, which has had tougher credit requirements since its May 2007 launch. About 8.5% of its loans made before 2008 are in default. However, the company’s founder and CEO, Renaud Laplanche, says that many of its defaulted borrowers do resume payment, and that the company’s charge-off rate for loans made before 2008 is only about 3.5%. Laplanche says Lending Club’s more conservative requirements and lower default rates will continue to attract lenders and help make peer-to-peer lending “mainstream.” And while only $2.6 million in loans were funded on the site in January, compared with a peak of $5 million in both March and April of last year, Laplanche expects to reach the $5 million mark again by April of this year.

Not surprisingly, individuals who still lend through the sites increasingly are seeking out the safest borrowers. In October 2008, Lending Club raised the minimum FICO score (a measure of creditworthiness) for borrowers by 20 points, to 660, and lowered the maximum debt-to-income ratio to 25% from 30%. As of last fall, before Prosper stopped lending, the percentage of its borrowers funded in September rated as “prime” was 45%, up from 30% a year earlier. Less than 15% of would-be borrowers get funded at either Lending Club or Prosper. If peer-to-peer lending does make a comeback, it’s likely to serve only those with sterling credit who are shopping for better rates—and not the majority of entrepreneurs.