‘Micro-finance most cost-effective, efficient way of reducing poverty’
Washington-based Micro-credit Summit Campaign strives to coordinate amongst and give directional inputs to the micro-finance institutions and self-help groups across the world. Micro-credit to the poor is becoming less and less donor-driven. A large part of the micro-finance resources now comes from the savings of self-help groups. Sam Daley-Harris spoke to ET about the usefulness of micro-credit and also the criticism of it in an interview. Excerpts: 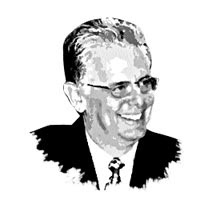 How successful has micro-finance been as an anti-poverty formula?
There has been a spectacular growth in the number of micro-finance institutions (MFIs) and their providing succour to the poor in the last few years. In 1997, there were an estimated 618 MFIs, which reached 13.4 million people including 7.6 million of ‘the poorest’ with current loan. As opposed to this, 2007 saw 3,552 MFIs reaching 154 million people, including 106 million of the poorest.

The growth in the number of the poorest people to get micro credit was therefore 1,300% during the period. Obviously, micro-finance played a major role in reducing poverty although I don’t want to claim that micro-finance alone can always reduce poverty. MFIs should find cost-effective ways to measure social progress in order to create a sense of accountability and performance standards. Just as any credible MFI would track its financial health, it should also track the social progress of its clients if poverty reduction is one of its stated objectives.

What matters more is how micro-finance impacts the lives of the poor?
True. The number of clients reached is important, but poverty reduction doubtless matters more.

What is your reaction to the criticism that micro-finance is a slow and inefficient way of poverty reduction?
That is an unfair criticism. Singled out, micro-finance is the most cost-effective way of addressing poverty. It is a better model when compared to other development projects including those run by the governments. NGOs who function as MFIs are most suited to provide add-on services to the people in areas like health and education, which can help sustain the poverty alleviation in families taking micro-credit.

In India, the Micro Credit Campaign is running a pilot project in South India (Andhra Pradesh and Tamil Nadu) with early signs of success on how to integrate micro-finance and health education. Some 1600 clients benefited from this. There is of course scope for more coordinated efforts between other agencies engaged in social development projects and MFIs.

MFI experience in Bangladesh has shown that during the last 10-15 years, the birth rate in that country has come down significantly, Rather than government’s family planning programmes, this has been the result of the “knowledge with power of financial independence” acquired by women MFI clients.

What has been the trend in the way resources are raised for micro-credit activity?
Self-help groups (SHGs) are having a larger role now. Of some 50 million of the poorest in India who availed themselves of micro-credit in the year 2007, 39 million got it from SHG savings. (It may be noted that those numbers are impressive in absolute terms as they indicate that nearly half of the poorest in the world to get micro-finance are Indians but considering the size of India’s population, those numbers are not that impressive).

MFIs reached just 10 million such clients. So the role of banks in micro-credit activity has been undermined. The case of multilateral agencies like USAIDS is the same. It may be noted that one of the greatest criticism of the World Bank is of its under-performance in propping up micro-finance that can reduce poverty.

The World Bank has failed to get more bank micro-finance funds to families living on less than $1 a day and this space is being increasingly occupied by SHGs. Micro-finance is no longer driven by donor subsidy. Grants are much less important in the overall scheme of things. SHGs are increasing capable of raising loans and equity on their own strength.

Tell us about the part II of Global Micro-Credit campaign.
The summit in Halifax, Canada in 2006 set the goals for 2015. We aim to ensure that 175 million of the world’s poorest families, especially the women, receive credit for self-employment and other financial and business services by that year.