New Delhi, Feb 2 (PTI) India, the second-largest rice producer, sold about 29 lakh tonnes in the global market in January to September 2008 amid a restricted environment created by the government to control domestic rice prices. 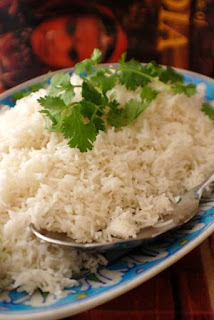 Even though the exported quantity was small, shipments of rice, both basmati and non-basmati, continued to destinations like Saudi Arabia, Bangladesh, the UAE, and Sweden, according to the data compiled by the US Department of Agriculture (USDA).

India exported about 29 lakh tonnes of rice during January to September 2008, of which non-basmati accounted for 19 lakh tonnes and basmati 10 lakh tonnes.

The analysis of the export data showed that India made a modest beginning in January 2008 by shipping 6.6 lakh tonnes of rice, and that, however, fell steeply in the consecutive months.

Industry experts attributed a falling trend in rice export to government measures, which were announced frequently during the time when the country’s inflation skyrocketed to double-digit level.

In order to control domestic rice prices and step up supplies, India increased the minimum export price (MEP) of non-basmati rice to 650 dollars a tonne from 500 dollars a tonne in the last one year.

The increased MEP affected export badly. A further dent in exports was seen when a ban was imposed in April 2008, except for a few countries. Non-basmati rice was exported largely to Bangladesh.
PTI